By the age of nine months, the majority of babies can imitate certain sounds. The baby may produce syllables at the time. Most babies are able to say their first word by the age of one year1. Following this event, there is often a fast rate of speech development. At the two-year age mark, babies are generally able to pronounce about 50 words. At this time, babies can produce more than one word in a row, which helps to form short sentences.
Unfortunately, speech development can sometimes be stunted by babies.

According to one paper, up to 61% of infants display signs of a speech disorder by the age of 24 months2. An estimated 2.44% of children continue to express concerns regarding their speech development at school age.

Speech and language problems can pose an issue for more than just the development of pediatric patients. Several complications can contribute to speech difficulties in children. In some cases, it can be difficult for parents to recognize common concerns in infants due to the presence of speech-related issues.

Delayed development of speech and language skills in infants can pose several problems. It is not only a lack of communication that need to be taken into consideration. There are times where communication difficulties may delay the detection of health problems in toddlers. Additionally, certain pathologies associated with infants and toddlers may contribute to the development of speech-related problems.

We will take a look at common pathologies that parents and pediatricians need to consider. Identifying these early on can help to reduce risks associated with the conditions.

Feeding is critical during infancy and continues to remain an important factor in keeping kids healthy as they age. There are, however, times where feeding difficulties may develop. This can pose a serious concern to the well-being of the infant. A baby’s body depends on an adequate supply of nutrients to develop properly. When there is a lack of nutrients, there are several adverse health effects that the infant may experience.

Feeding difficulties in infants are generally divided into three categories. These are sometimes also called “stages” of feeding. The specific problem can be identified by considered during which stage feeding problems occur.
Here is a breakdown of the three stages used to identify feeding issues in infants:

During the oral stage, food is chewed and moved toward the throat. The pharyngeal stage involves swallowing. This allows the food to be moved down the infant’s throat. At the esophageal stage, the esophagus openings are relaxed and tightened following swallowing. It ensures the consumed liquids and foods are moved to the infant’s stomach.
Research shows that an estimated 25% of infants with normal development may experience feeding difficulties at some point. Among those infants with existing neurodevelopmental disabilities, the prevalence of feeding problems increases to around 35%.

There are a few common signs that signal the presence of feeding problems in infants. These may include:

Some infants may refuse to eat or drink. These can all be factors that indicate the presence of a health problem. Without appropriate treatment, the nutritional intake of the infant declines. This can cause further concern, as complications like malnutrition may develop.

GERD is a condition also known as gastroesophageal reflux disease. It is considered a chronic disease, which means it affects the patient over a long period of time. This is a digestive disorder that causes food to be pushed up toward the esophagus from the stomach.

It is not uncommon for infants under the age of 24 months to display common signs of GER. These symptoms will generally fade after this time. In most babies, GER symptoms start to fade once the infant is 12 months old.

In some infants, GER may develop into a more serious issue – leading to the development of GERD. This can be an issue in infants, toddlers, and even teenagers.

Some of the most important signs to consider in infants susceptible of GERD include:

GERD is often a concern dealt with by language and speech therapies. During these sessions, the child can be introduced to specific food-related textures. One study explains that several therapeutic strategies show potential in improving feeding among infants with GERD. Among these, texture introduction in the oral cavity only forms a single part of the therapy.

Communication forms an important part, as well. The therapist will assist in communicating the importance of food to the child. Several interaction therapeutic strategies are implemented, along with “messy play.” The combined effects of these therapies are shown to provide an improvement in feeding.

Feeding problems in children can result in serious complications. These issues can be attributed to a lack of communication from the child. When there are speech and language barriers, the child may have difficulty providing details on symptoms experienced, especially at an older age. In some cases, surgical procedures are required to assist in overcoming the malnutrition caused by feeding difficulties.

The gastrostomy status of a child is taken into consideration during long-term treatment plans. This surgical procedure involves the insertion of a small tube directly into the stomach. The tube runs through the abdomen. Gastrostomy is used in cases where assisted feeding is needed for four weeks or more5.

Feeding problems are not always caused by the actual feeding process. There are cases where the infant may experience swallowing problems instead. Dysphagia is a collective term used to describe feeding difficulties caused by swallowing disorders. These disorders can occur in any of the phases included in the process of feeding.

There are serious adverse effects that can occur in the presence of dysphagia. In some cases, aspiration may occur. Saliva, food, and liquids may enter the trachea, for example. Retrograde flow is another concern, causing food to enter the nasal cavity instead of the throat.

Complications associated with dysphagia include:

There are cases where dysphagia continues to remain a problem in adulthood. This may cause additional risks that could lead to further malnutrition, as well as risks for complications like choking.

Identifying Problems At An Early Age

Parents need to realize the importance of identifying speech, feeding, and swallowing problems early on. During infancy, the baby’s body depends on certain nutrients to remain healthy, to build up a strong immune system, and to grow. When poor communication occurs, it may be difficult to understand when the infant experiences problems, such as difficulty digesting food or swallowing.

Regular check-ups with the infant’s pediatrician should be made a priority. The frequency of visits should be increased if existing problems have been identified in the child. A pediatrician may perform additional tests to determine underlying medical conditions contributing to the issues the child is experiencing.

The Role Of Long-Term Rehabilitation

Pediatric patients with feeding problems, as well as those with speech difficulties, require access to specialized treatment programs. Acute treatment is generally not sufficient for the needs of infants in these scenarios. With this in mind, rehabilitation should be considered for infants with speech, feeding, and swallowing difficulties.

Long-term rehabilitation is generally preferred to provide adequate care over a longer time. Several conditions affecting infants can result in chronic effects. Providing the patient with initial care can assist in reducing the risks associated with medical conditions. Continuing support, however, is needed to provide long-term benefits and assist in elevating the quality of life.

There are different types of long-term rehabilitation programs that can be provided to an infant. An initial assessment of the infant can assist in providing the pediatrician and additional healthcare providers with details related to the patient’s well-being. This also allows medical conditions and current obstacles to be identified.

Rehabilitation can be provided to infants and toddlers as part of either an in-patient or out-patient setting.
Professional care providers need to assess patients on an individual basis to determine what type of rehabilitation program would be needed. Infants and toddlers with more comprehensive care requirements may need to remain admitted at the facility. This ensures medical staff can provide 24/7 medical supervision to these patients.

Medicated treatment can be provided to the patients at specific times. Medical staff at rehabilitation centers for pediatric patients are experienced and skilled in working with younger individuals. These staff members can recognize the development of complications and can assist the patient in case of an emergency.

Following a period in an in-patient setting, the infant may be allowed to go home. Rehabilitation services will still be provided to the patient. In these cases, parents need to ensure they adhere to scheduled appointments provided.

There are several goals in mind with rehabilitation services provided to pediatric patients:

During rehabilitation, pediatric patients can gain access to various medical professionals in a single facility. This reduces the need for driving to multiple locations when a comprehensive treatment program is developed.

A pediatric physiatrist will overlook the treatments provided to the patient. Additional staff available at these centers include:

Frequent check-ins with a pediatrician in the presence of language and speech problems should be important for infants. This can help to improve the development of these communication skills. A pediatrician can also assist in detecting common pathologies associated with communication difficulties in infants. Long-term rehabilitation can be useful in kids who are having difficulty speaking at a young age and may improve the results of the implemented treatments. 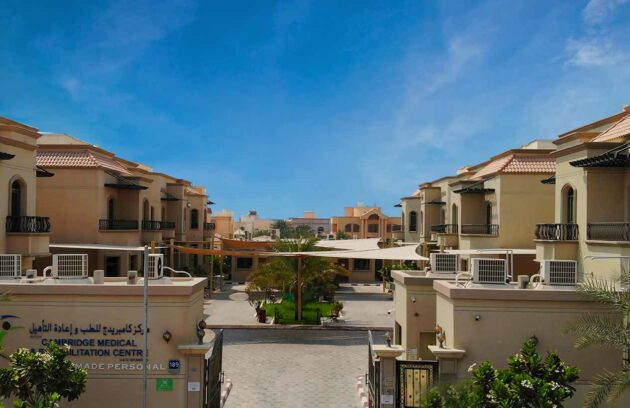